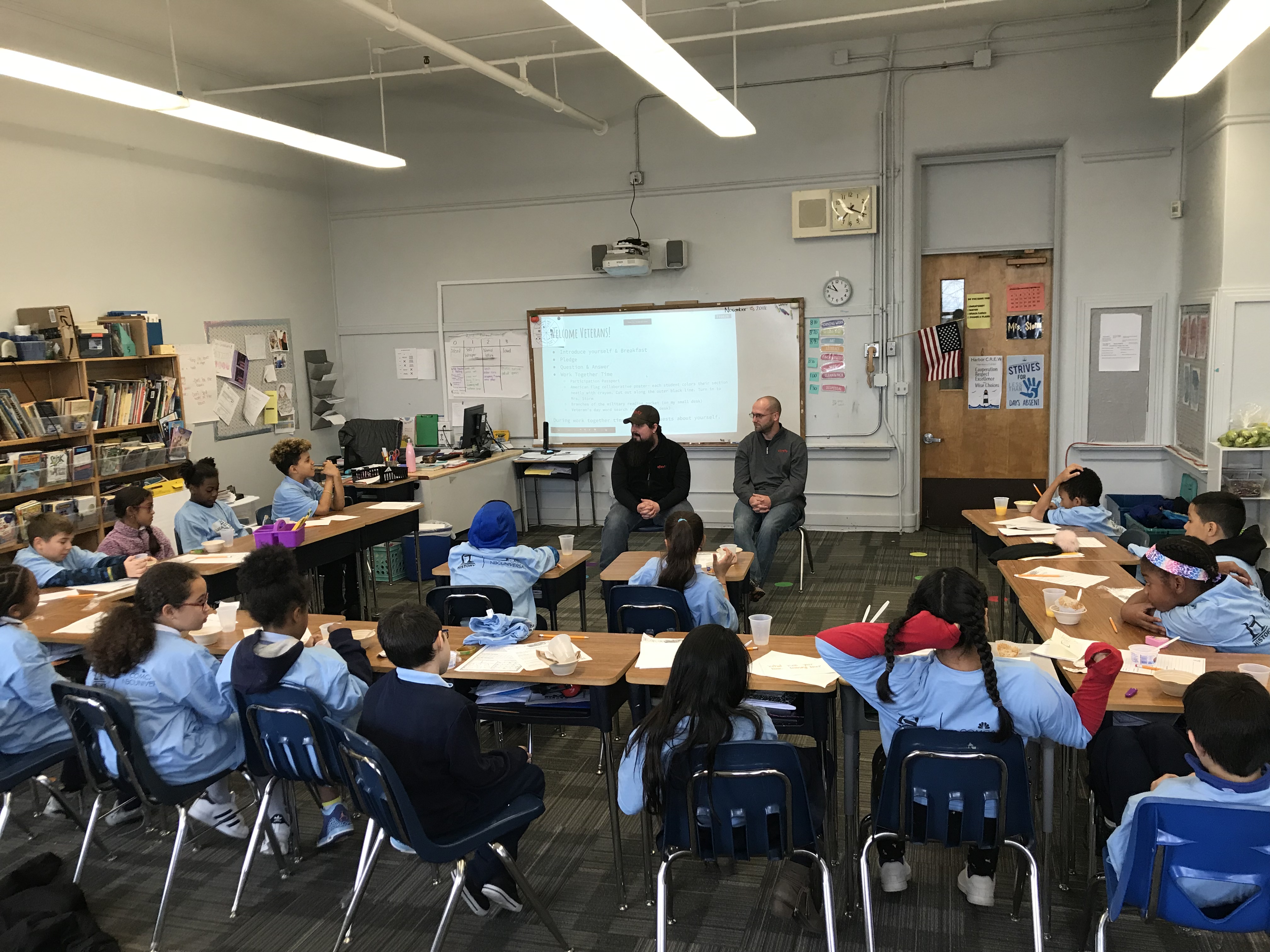 Every November, Comcast NBCUniversal celebrates Military Appreciation Month. In honor of that, we partnered with the HISTORY Channel to bring its “Take a Veteran to School Day” initiative to Harbor Elementary School in New London, Connecticut.

“Take a Veteran to School Day” is a nationwide initiative that helps young students appreciate and better understand the service of our country’s veterans.

At Harbor Elementary School, six veterans met with 4th and 5th graders to discuss their service. The veterans are proud Comcast employees who work in Connecticut and have either served, or still serve, in the military. U.S. Army veteran Nick Nebelski was one of the employees who participated in the program. Nick, who is a technician in Comcast’s Groton area, shared with students that serving in the U.S. Army was a tough, but rewarding experience and a chance to serve our country as part of a team. Nick comes from a military family.  His father also served in the U.S. Army, as did his grandfather, who was a tank commander who served three tours in Vietnam. Comcast NBCUniversal believes service matters.  In 2015, Comcast NBCUniversal committed to hiring 10,000 Veterans, National Guard and Reserve members, and Military Spouses across our company by the end of 2017.  We reached, and, in fact, surpassed that goal.  Earlier this month, Comcast announced a new goal of hiring 11,000 additional veterans, military spouses and National Guard or Reserve members by 2021, bringing the total number of military-related employees to 21,000.

In Connecticut, Comcast recently received the 2018 Military Community Support Award from the Chamber of Commerce of Eastern Connecticut.

In honor of National Engineers Week, we asked several Comcast employees to talk about their role in building and maintaining the reliability of the Western New … END_OF_DOCUMENT_TOKEN_TO_BE_REPLACED 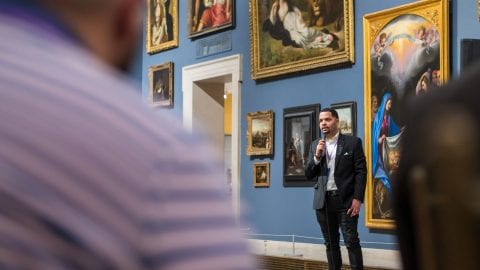 Comcast is committed to giving back to the communities we serve, and our employees can always be counted on to lend a helping hand during corporate-sponsored … END_OF_DOCUMENT_TOKEN_TO_BE_REPLACED 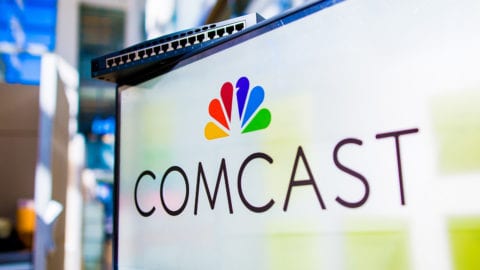 Comcast announced it is expanding its network to the Town of East Lyme, giving residents and businesses a new choice for TV, internet, voice, home … END_OF_DOCUMENT_TOKEN_TO_BE_REPLACED